After a trial run, the iconic IntercityHotel Amsterdam Airport at Schiphol Trade Park in Hoofddorp officially opened on 1 June. The 33-metre-high, eight-storey hotel has 280 rooms, plus meeting rooms, a restaurant, bar, spa and gym. It is part of the Deutsche Hospitality Group, whose other brands include Steigenberger Hotels & Resorts and Jaz in the City.

Rob van der Beek, general manager IntercityHotel Amsterdam Airport, says: “Schiphol Trade Park was an obvious choice for us. We have a strong focus on air and train travellers, making the proximity of Schiphol Airport is a big plus. And on a more local level, Schiphol Trade Park’s direct connection to Hoofddorp Station makes it a fantastic location. The vast majority of our guests are public transport users.”

The hotel was designed by Swiss architect Stephan Renner of Suter + Renner, and the design further developed by ‘sustainability guru’ Thomas Rau. The brief called for a building that was as sustainable as possible and largely demountable. The demountability of the building is guaranteed by registering all incoming flows in the Madaster database, an online register for construction materials and products.

The hotel uses its own ground source heat pump and solar panels on the roof to supply energy. Rainwater is collected and used for flushing the sanitary facilities. A ‘climate ceiling’ system – water pipes on the ceiling plates – is integrated in the public areas, which eliminates the need for convection heaters or radiators, has an extremely low energy consumption, and creates a more comfortable living environment without dry air and draughts. The hotel’s CO2 footprint is as low as possible. Van der Beek explains: “We cook gas-free, have 400 solar panels on the roof and are already 65% more energy efficient than is legally required of us. And because we have a kind of concrete edge around the hotel on every floor to block out the sun, we don’t have to do much cooling. That is usually a big problem for hotels.” All Deutsche Hospitality’s hotels meet the requirements for a Green Key label. This label sets high environmental standards for issues ranging from separating waste to using environmentally friendly cleaning products.

Pieter van der Horst, project director Station Area Schiphol Trade Park, sees even more potential for the location, saying: “Our station development near Hoofddorp is part of the Enter[NL] area, an ambitious, internationally oriented location that stretches between Hoofddorp and the Zuidas. There is a real prospect of the Noord/Zuid metro line being extended from Amsterdam Zuid to Hoofddorp. This will make Hoofddorp a new urban centre in the metropolitan region. Development of the station area in particular can benefit from this. We will develop the Schiphol Trade Park Station neighbourhood as an integral part of the area surrounding Hoofddorp Station, in conjunction with projects such as Hyde Park and Park 20|20. We are responding to the needs of users as much as possible: mainly employees, but also residents who want to cycle and walk through the still-to-be-constructed Geniepark. The IntercityHotel fits in well here.” 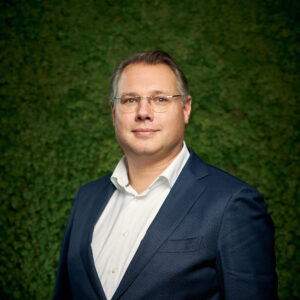