In early November, SADC delivered a plot of 40,340 m2 to Minerva Development at Schiphol Trade Park. The ground has since been broken for the construction of a new distribution centre, set to be delivered by the contractor Dijkham Bouw BV in the last quarter of 2021. The design by Dedato Architecten is notable for its ‘green appearance’, and sustainability is apparent both inside and out by embedding nature into the design itself.

The distribution centre will cover an area of 30,000 m2, including 3,000 m2 of office space and a (rather unique) 7,500 m2 underground garage with 270 parking spots. It will also be equipped with 28 loading docks and 4 overhead doors on ground level, a sprinkler installation, and solar panels on the roof and sections of the façade. The floor load will be 5,000 kg/m2, with a ceiling height of 12.2 metres. De Klok Logistics will rent around 16,500 m2 of the facilities.

Representing the future of logistics, this Minerva development is being built for both functionality and sustainability. Both in terms of what’s visible and what’s working behind the scenes, this beautiful modern property will easily stand the test of time.

Irene Vasseur, partner at Minerva Development: “As a developer, Minerva is very happy to be involved in the realisation of this ambitious plan that involves a pleasant and close collaboration with our construction team, as well as with the committed team from SADC in particular. Minerva’s construction team consists of Dijkham Bouw, Dedato Architecten, BVF project management, Kooij & Dekker Ingenieursbureau and Wieringa Advocaten. We would also like thank Mirastar and KKR for the trust they have placed in Minerva and our team, and we look forward to delivering the building as envisioned.”

Added value
Schiphol Trade Park has the ambition to become the most sustainable and innovative business park in Europe. Rob de Wit, coordinator Schiphol Trade Park: “In this regard, we ask a lot of our clients, and this goes beyond the usual sustainability measures. For example, we also want to pay attention to how the building appears relative to its surroundings, and what ecological added value we can offer to both humans and nature. The fact that Minerva wants to be a leader in creating what I call a ‘Distribution Centre 2.0’ is exemplary.”

The design from Dedato Architecten is a fantastic example of these ambitions. The widely spread out façade blocks help to accentuate the office building and the entrances, which offer a so-called ‘soft landing’, establishing a clear relationship with the outdoors. The façade also features obvious additions related to sustainability that are clearly part of the architecture – including high-quality greenery and solar panels that deliver a better energy yield than those on the roof. The pleasant use of colour also works to make the environment more attractive.

Office as loft
A lot of greenery can be found not only at ground level but also on the façades and roof. Based on a carefully formulated ecological plan, deliberate choices were made in terms of what trees, shrubs and other plants could optimally contribute to biodiversity, and all greenery is maintained by a rainwater irrigation system. Also notable are the two large roof terraces that are accessible to all occupants and feature many trees and other greenery. To further accent the connection between the interior and exterior, the entrances will have green walls. The spacious offices at the top of the building share more in common with the character of a loft than a logistics building. Parking is underground to avoid blocking the view and taking up any of the open environment.

The complex will be added to the portfolio of a joint venture by Mirastar and KKR. 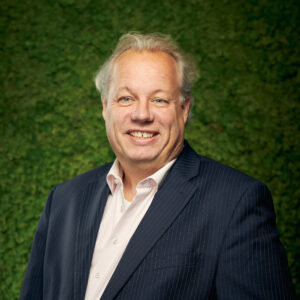