The New Century Hotel at Business Park Amsterdam Osdorp held its Grand Opening on Saturday, 30 September 2017 in traditional Chinese style. The three-star hotel, constructed by developer and investor China Center Hotel Group, will focus on Chinese and Asian customers and the business market, as well as Western customers. The hotel has 153 rooms and an authentic Chinese restaurant specialising in dim sum. Plans are currently being made to expand the hotel to 450 rooms, with a larger restaurant. The hotel will generate 20-30 FTEs in new jobs.

During the Grand Opening, a traditional Chinese dragon dance was performed for good luck and prosperity. The opening also coincided with the Mid-Autumn Festival (or Moon Festival), so guests were also served traditional moon cakes.

Achmed Baâdoud, chairman of the executive committee for the Amsterdam district of Nieuw-West: “With the increase of Chinese tourists and entrepreneurs to Amsterdam, there is a need for a hotel concentrating on this market. Nieuw-West is a logical choice of location given its advantageous situation. A new hotel also offers employment opportunities in Nieuw-West. As I see it, the development of this hotel is a first step towards a ‘Gateway to China’.”

Jeanet van Antwerpen, CEO of SADC: “At SADC, we are very pleased with the opening of the New Century Hotel at Business Park Amsterdam Osdorp. The hotel, specifically aimed at Chinese travellers, is an excellent amenity for the area. We wish Jeffrey Chan and Jay Ran every commercial success in running the hotel.”

The opening of the hotel further strengthens the urban orientation of Business Park Amsterdam Osdorp. 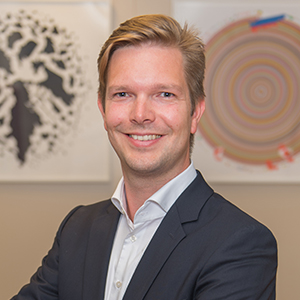 SADC welcomes the Logistics Council from the Urban Land Institute