Cirkelstad Amsterdam is working to create an Amsterdam region without waste, without dropout

On 26 November 2015, SADC and 19 other partners* signed the Green Deal Cirkelstad Amsterdam. These partners are going to work to create an Amsterdam region without waste and without the dropout of people. They share their practical experiences with each other in order to learn from these. Each partner has brought in its own project in order to immediately turn words into action. SADC brought in its project The Valley, circular hotspot of the Netherlands.

The signing comes at a good moment. The Amsterdam Metropolitan Area recently announced its ambition to no longer produce waste from 2025. Cirkelstad Amsterdam is the workplace for all frontrunners from the region to together realise this ambition.

The signing was an important part of the ‘Green Deal Cirkelstad Amsterdam’ event. Various parties from Utrecht, Eindhoven, Den Bosch, the Drechtsteden cities and The Hague were in attendance to share their enthusiasm and to start a ‘Circle City’ project in their own regions. During the day, the attention was mainly focused on matchmaking between demand and supply. Who has the standard for circular construction? Who knows a party that can calculate business cases? How can I find 5 new employees? During the panel discussion with Mari van Dreumel (Ministry of Infrastructure & Environment), Abdeluheb Choho (Municipality of Amsterdam) and Michel Baars (New Horizon), a number of overarching topics were discussed. What can the ‘Circle City’ mean for the vacancy rates in a city? How do we ensure that people who drop out of the labour process actually return to work long term?

Cirkelstad will be holding an ‘Open House’ during the week of the circular economy (21 – 28 January 2016). Anyone interested can get to know different partners from the chain at various locations in the country.

For more information about Cirkelstad: 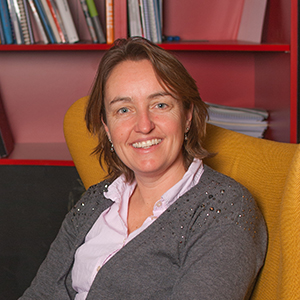