On Wednesday 21 September, the winners of the 2022 PlaBeKa trophies were announced at the Amsterdam Metropolitan Area State of Sustainability symposium. Schiphol Trade Park in Hoofddorp was awarded the trophy in the category Energy Transition. Waarderpolder in Haarlem took the prize in the category Business Park Organisation.

The Platform Bedrijven en Kantoren (Businesses and Offices Platform, PlaBeKa) supports awareness for the energy transition and improving operations at business parks by rewarding successful initiatives. With the awards, PlaBeKa aims to recognise exceptional initiatives, plans or projects for future-proof business parks in the Amsterdam Metropolitan Area (AMA) and set an example for other business parks. PlaBeKa is managed by PHB, SADC’s public-sector consultancy service for sustainable business locations.

Waarderpolder: in the Champions League

Waarderpolder in Haarlem was singled out by the jury in the category Business Park Organisation. Ilse Zaal said: “Waarderpolder is playing in the Champions League when it comes to business park organisation. This park was a forerunner in setting up a business investment zone (BIZ) and recently its term was extended. Cleanliness, maintenance and safety are all in order and its sights are now very clearly set on circularity. It is a national role model for knowledge-sharing and therefore the rightful winner of the PlaBeKa Cup.” BIZ Spoorzicht in Nieuw-Vennep and De Heining in Amsterdam were also nominated in this category.

An appeal had been made to business parks to apply for the Work-Live category, but the jury noted that there were very few applications and municipalities and entrepreneurs were reluctant to be nominated. Mixed working and living locations are still struggling to get off the ground and the jury decided not to award any prizes in this category this year. 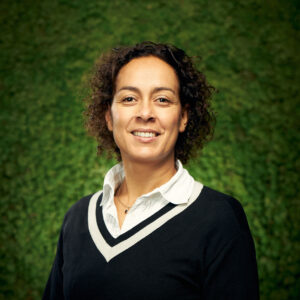