Twenty-five mature elms from Amsterdam Noord will be moved to Business Park Amsterdam Osdorp. The business park developers, SADC and the City of Amsterdam, are relocating the trees to save them from felling. The replanting of the trees is another step in the circular development of the new business park in Amsterdam-West.

The trees were on a site in Amsterdam’s Hamerkwartier where underground cables and pipes are being laid for a housing development and would not have survived the works. The former Akzo site is being transformed into a residential area with 6,700 homes. A felling permit had already been issued when Nationale Bomenbank Noord-Holland (National Tree Bank North Holland) was commissioned by the City and SADC to urgently relocate the elms.

The elms will get a permanent location on the dike on the west side of Business Park Amsterdam Osdorp. Alongside the Tuinen van West gardens, they will mark the transition between the city and a nature reserve. The business park will also include a water park planted with native species and will be landscaped to enhance the ecological value of the area. The trees are currently planted at a temporary location and will be moved to their final home next spring 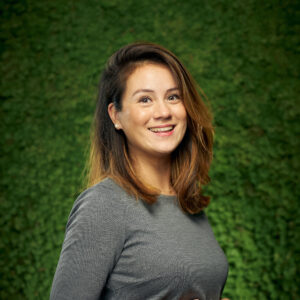