Seven reasons to invest in the Amsterdam Metropolitan Area

Boeing scored a billion-euro order from DHL on the first day, and the Russian Volga-Dnepr Group announced a big expansion of its freighter fleet – the Farnborough Airshow 2018 started with some major deals in the world of aerospace. Joep Schroeders, Foreign Investments Aerospace and Logistics Manager at Amsterdam Airport Area (AAA), never misses the biennial event. He promotes the Amsterdam Metropolitan Area to foreign investors to boost the business climate in the region.

The regions in the Holland Pavilion in Farnborough took a new approach this year. ‘We let go of our regional identities entirely and presented ourselves as one country,’ says Joep Schroeders. ‘Together with the Innovation Quarter in The Hague, BOM in Brabant and LIOF in Limburg, we formed a single delegation.’ The new approach is to see each other as partners rather than competitors. ‘At the end of the day, we complement each other and we each have our own areas of expertise.’

The regions presented themselves jointly as the ‘Aerospace gateway to Europe’, with eye-catching promotional material, including a flyer setting out seven reasons to invest in the Netherlands: the 326 connections to destinations around the world from Schiphol Airport (connectivity), the history as aerospace pioneers, the knowledge of languages, the infrastructure and the innovative entrepreneurial spirit. The seventh item on the list is ‘We roll out the orange carpet.’ A foothold in the Netherlands brings this country and, importantly, the rest of Europe within reach. It’s an effective approach, as the success story of the F-35 or Joint Strike Fighter shows. The Dutch Aerospace and Logistics sectors teamed up in OneLogistics to secure this deal worth billions of euros. They convinced the US defence industry that as a country with a wide range of expertise, the Netherlands had the best proposal.

Presenting yourself as one country is the first step. Once that has been accomplished, it’s time to put the region and the AMA in the spotlight. ‘As Amsterdam Airport Area (AAA) we aim to attract a wide range of companies,’ Schroeders says. ‘From multinationals to smaller businesses who might want to set up a head office here. And companies that are looking for a place for their MRO and logistics, or who want to set up training facilities.’ He gives the example of CAE, which has 26 flight simulators to train pilots in Hoofddorp. ‘Of course, the pilots come from all over the world. Thanks to our connections, airlines are keen to run their training in the AMA.’

Large aircraft manufacturers also have a long history in the Netherlands. At a dinner for existing investors (the best ambassadors for the region, according to Schroeders), Dutch businesses and prospective companies, Tineke Bakker-Van der Veen of Boeing Benelux & Nordics gave a keynote speech on the reasons Boeing has been in the Netherlands for 80 years and has contributed at least 100 million euros to knowledge development in the country. ‘Boeing is an important player, but there are also many other perhaps less well known companies, such as AAR and Bell. They’ve also been here for 40 years, and are also very valuable to the region.’

Growth opportunities for aerospace and logistics

With its dense population and intense economic activity, the AMA wouldn’t appear to have much room left for new investors. But there are still plenty of possibilities for growth, Schroeders says. ‘You can see there’s a shift happening in the industry: increasingly the link is being made to digitisation and artificial intelligence. With the AMS-IX internet exchange and numerous data centres, it’s an area in which the region has a lot to offer. And a start-up like AIIR Innovations, which specialises in AI applications in aircraft engine maintenance and other industrial process, is right at the centre of this trend.’ Drone development is also high on the agenda.

Schroeders thinks the region, including aerospace and logistics, can continue to grow in a number of areas. He mentions import, export, transit and storage of time-critical and high-grade goods. Players can also build on the region’s hub function. ‘And don’t forget Brexit. That’s becoming more and more tangible – it was also evident in Farnborough. Players are increasingly inclined to move to the European mainland. Of course, we’d like to attract them to the AMA.’ 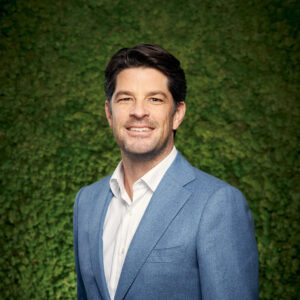