The 2019 summer edition of Haarlemmermeer INTO business magazine featured the following interview with Jeanet van Antwerpen, Anne Peters and Coert Zachariasse about the development of Schiphol Trade Park, and in particular the Delta Development Group building Amsterdam Business Campus Square.

After a long period of planning, concept development, marketing and sales, Schiphol Trade Park along the Rijnlanderweg in Hoofdorp is finally becoming a reality. The first land was purchased as long ago as the 1990s, and the past seven years has been a period of intensive planning. The first lots have now been sold. “Now it’s visible to everyone that work has started on the physical development of what we intend to be the most sustainable and innovative business park in Europe,” says Jeanet van Antwerpen, CEO of area developer SADC.

What’s happening at Schiphol Trade Park?
“Schiphol Trade Park is so big that we’ve named different sections, because they also have different characteristics as business locations,” Jeanet explains. “The A4 Skyzone is highly visible from the motorway, for example. The Trade Boulevard is at the entrance of the central logistics zone at Schiphol Trade Park, which will be occupied by logistics companies with a showroom at the front. The character of these buildings is that they’re publicly accessible, which is why we use the name Boulevard. Then there’s a big logistics zone for larger companies in the sector. We also want to develop an area specially for data centres. And the place we’re currently putting in the spotlight is the area around Hoofddorp railway station.”

Brand-new station area
Schiphol Trade Park is located right next to Hoofddorp railway station, and from the crossing over the Geniedijk to the station is an area spanning 12 hectares. There are plans for a range of functions here that are suited to a station environment. “Offices and companies in the field of research and development, for example. Companies with a lot of employees that expect a high transport volume and that want to be close to the station. We are also thinking of a Life Sciences Campus.” There won’t be any buildings in the first 600 metres from the A4 motorway because of building regulations in connection with Schiphol Airport. In this area, building is restricted or prohibited due to air traffic, and it shouldn’t be intensively used by people. This strip, stretching as far as the Skyzone, is partly used as a water catchment area. “We’re thinking about installing solar panels here, some of which can stand in the water,” Jeanet says.

Paper and benches made of elephant grass
Elephant grass will be planted in the rest of this area, as in large areas of Schiphol Trade Park that are not yet being sold. Apart from the fact that temporary use is good from the point of view of sustainability, the grass stores a lot of CO2. What’s more, it grows to between three and four metres tall and is a deterrent to geese, which is good for aviation. “Elephant grass is a raw material for biobased composite,” Jeanet says. “In front of the farmhouse at C-Bèta there’s a bench that’s partly made of elephant grass. You can also use it to make paper. It’s really circular.”

Now Schiphol Logistics Park on the ‘other side’ of the A4 motorway is sold out, there’s a growing demand for logistics lots at Schiphol Trade Park.

A4 Skyzone for logistics
The first buildings you see from the A4 motorway are in the A4 Skyzone, which is aimed at logistics companies. “These companies will always be publicly visible, so the buildings need to look good from the front. You need to do something nice with the frontages and lorries mustn’t come to that side,” says Anne Peters, sales manager at SADC. In the Skyzone, one lot has been sold, and a reservation agreement has been signed for three others. “With our customers, it’s a long process,” Jeanet adds. “If a sale is agreed within a year, that’s really fast. Often it take a few years. We’ve now got several prospective customers, but a lot has only been sold when the money is in our bank account.” Now Schiphol Logistics Park on the ‘other side’ of the A4 motorway is sold out, there’s a growing demand for logistics lots at Schiphol Trade Park.

Hotel
At the beginning of this year, the first lots were sold to Necron and Delta Development. Necron has started building an IntercityHotel with 240 rooms nearby the railway station. It’s going to be a three-star Steigenberger Hotel. The use of an underground heat exchanger, solar panels and the separation of grey and black water is in line with SADC’s vision for sustainability.

Trade Boulevard as high street
Delta Development has purchased five hectares of land to build the Amsterdam Business Campus Square (ABC Square, see box). The building occupies a large part of the 12-hectare Trade Boulevard. Named Airborne Avenue, this boulevard is the main artery through the area for people. The buildings have offices and showrooms at the front and are built using a lot of glass. The logistics process takes place at the back, where there are loading docks for lorries as well as staff parking.

The concept of ABC Square is a response to a wider and changing demand for logistics real estate in the Amsterdam region, says Coert Zachariasse, CEO of Delta Development Group. The concept of great flexibility and the possibility to create showrooms for clients, pick-up points, offices or value-add spaces means there’s room to respond to the rapid changes in B2B, B2C and B2B2C supply chains. Other key elements of this next generation of logistics buildings are ease of accessibility by car and public transport, an optimal and attractive working environment for employees, and an extremely high level of sustainability.

Anne first saw the plans for the boulevard three years ago. “I wondered what sort of companies we would be able to find for it. But finally the first lot has been sold. I think that’s amazing. If we can believe the artist’s impressions, it’s going to be beautiful. It’s based on a strict aesthetic plan, because it makes the transition from large-scale logistics to an area of smaller-scale logistics and lower buildings.”

‘You want to see nice shop windows as you walk or cycle past, not closed boxes. You should feel like you’re on a boulevard.’

The boulevard will be accessible from the motorway via the Hoofddorp-Zuid exit, and Jeanet sees it as Schiphol Trade Park’s calling card. “You can compare it to a high street. You want to see nice shop windows as you walk or cycle past – there will be separate pedestrian and cycle paths –, not closed boxes. You should feel like you’re on a boulevard. It will also be lined with trees. Cars will be able to use it, but goods vehicles will use a route around the back.”

Elephant grass in the infrastructure
ABC Square is scheduled to open in November, and there’s a contractual agreement that the infrastructure for the main street also has to be ready by then. SADC awarded the contract on the basis of circular principles, which means that you should cause no harm and add value. The candidates had to use materials that are already recycled and which can easily be removed and reused at any time: design for disassembly. “In the design phase you already think about what will happen with it if you take it apart again,” Jeanet explains. The best tender in this respect was from KWS. “They use 100% recycled asphalt produced using the Highly Ecologic Recycling Asphalt (HERA) System, for example, and concrete flooring that incorporates elephant grass grown at Schiphol Trade park. What’s more, all the diesel machinery used during the construction process will run on the cleanest CO2 Saving Diesel. KWS already started work on the main infrastructure in April.”

‘We’re trying to apply the idea of hospitality you would find in a hotel to the whole area.’

C-Bèta and the future
C-Bèta, at Rijnlanderweg 916, is the place for circular experimentation. There are already some small companies in the entrance hall. The barn on the site, which is now used to store elephant grass, is being redeveloped according to circular principles, and will be available as a location for companies working on innovative materials and products. However, the renovation work hasn’t started yet. “We’re still working on all the research that is needed before you can get started. We expect that the units will be ready to use from next summer,” Jeanet says. “We’re trying to apply the idea of hospitality you would find in a hotel to the entire area. At Schiphol Trade Park we’re making use of the experience we’ve gained at other sites. We’re making the area future proof and ensuring it continues that way.”

Coert Zachariasse, CEO Delta Development Group (developer of ABC Square)
Delta Development Group in Hoofddorp is the guarantor for Amsterdam Business Campus Square (ABC Square), the first phase of which occupies five hectares. Construction work on this high-end commercial building started in April. The handover is planned for November this year and work on phase two is expected to start in early 2020. ABC Square offers the flexibility to combine production and distribution spaces with showrooms for clients and offices in a single building. Delta Development Group is a pioneer in circular construction and ABC Square is being built according to circular cradle-to-cradle and ‘design for disassembly’ principles; its steel structure is entirely circular. No toxic materials are used and only materials that can be either safely returned to the environment or technically recycled are permitted. The building will produce more energy than it uses, because the entire roof is to be fitted with photovoltaic panels. Thanks to the application of olivine in the truck courts and green walls, the building will actively bind CO2 from the atmosphere and emit oxygen. The building has a BREEAM rating of ‘Excellent’. 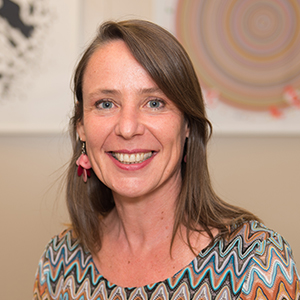