The Amsterdam Metropolitan Area (AMA) is working to create Connected Transport Corridors in which the digitalisation of logistics is boosted and its application is accelerated. The results of successful pilots will be translated into tools and working methods so they can be widely put into practice as rapidly as possible. The Amsterdam West Side corridor will be part of the national Connected Transport Corridor initiative, which centres on data sharing. A broad consortium of government bodies, public sector organisations, logistics service providers, shippers and IT companies is working to realise this initiative.

As well as the Amsterdam West Side corridor, the network will comprise a Greater Rotterdam and South Netherlands corridor. On these three busy logistics routes, digitalisation will be implemented at an accelerated pace. The Connected Transport Corridors are an initiative by the Ministry of Infrastructure. They will make use of the existing telecom network and infrastructure, including smart traffic lights, and vast amounts of data. By combining all of this, it will be possible to have greater control over traffic, and traffic flow will be improved.

Benefits of scaling up
The aim of the corridors is to increase the accessibility of cities and regions, improve safety, and make transport sustainable. More than 55 public and private organisations are participating. Apart from the Ministry, they include the provinces of Zuid-Holland, Noord-Holland, Brabant and Limburg, Transport Authority Amsterdam, Amsterdam Logistics Board and SmartwayZ.NL. More than 40 transport companies, responsible for a combined 3,500 journeys a day, have also signed up to the project. “We make the shift from local initiatives to implementation at national level,” says Paul Swaak, programme manager for the Connected Transport Corridors. “The more organisations participate, the bigger the results will be. We are aiming to achieve a network that extends beyond the national borders.”

This year preparations for the corridors are being made. From the beginning of 2020, logistics service providers and shippers participating in the project will benefit from an increase in efficiency in logistics though improvements such as faster traffic advice, prioritisation at traffic lights, the integration of government data in logistics planning systems, the prediction of arrival times, and convoy driving.

Amsterdam Metropolitan Area urgently needs digitalisation in logistics
We will have to give our all to keep the AMA accessible, liveable and sustainable in the future, says Gerard Slegers on behalf of Transport Authority Amsterdam and the AMA: “In the next 20 years we’re going to be building an equivalent of three times the city of Haarlem. Apart from the construction logistics, we will also have to deal with the vast logistics streams from and to the mainports in the AMA: Schiphol Airport, the seaport, Greenport Amsterdam and onward to the north of the province of Noord-Holland. This will put huge pressure on regional infrastructure. We can’t do it alone, we need a connection between the different road maintenance authorities and close cooperation in the logistics sector. This is why we are supporting this project aimed at digitalisation and the optimisation of freight flows.” Jeanet van Antwerpen of SADC adds, “We also have to plan and equip the region for increasing returns logistics. I’m not just talking about parcels that have to go back to an online store, but also about waste and recyclable material – the logistics that arise from circular thinking. Here data sharing is crucial. In fact it’s a new transport modality that can support and facilitate all the transport flows. We have to put all our efforts into it.” 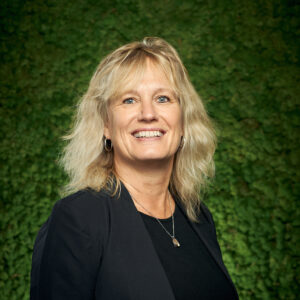